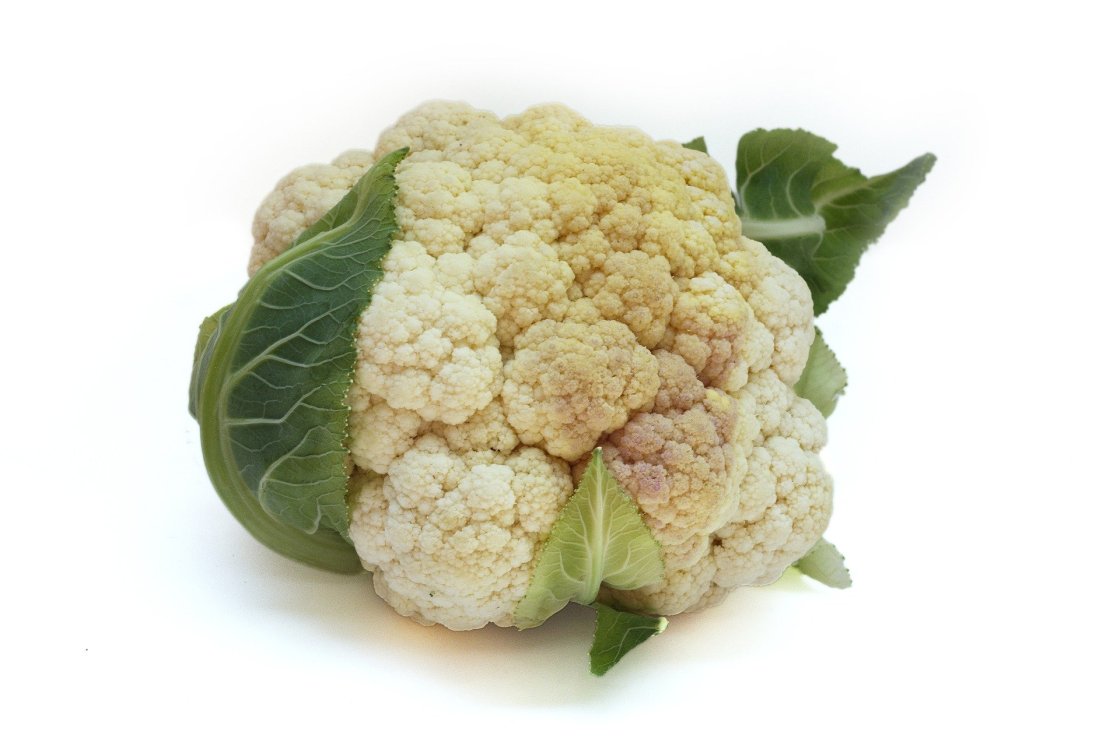 I spent my childhood thinking of cauliflower as albino broccoli.  They both look the same and are often served together, but to me, cauliflower was as flavorless as it was colorless.  I also have texture issues, and the typical steamed or boiled preparation makes cauliflower mushy and grainy at the same time.

Cauliflower is a popular addition to relish trays.  I would argue that most people regard everything on a relish tray as simply a vehicle for ranch dressing.  If you fall into that camp, cauliflower’s large surface area and lack of flavor makes it the perfect choice.  Since I don’t like ranch, I never learned to eat anything on the typical tray other than naked carrots.

Well into adulthood, I did start forcing myself to eat raw cauliflower in salads.  I usually cut it into teeny tiny pieces so every bite of salad was less than 30% cauliflower and liberally coated with French dressing.  It’s edible, but still an obligation instead of a joy.

Recently, cauliflower has seen tremendous growth as a substitute for other ingredients.  “Riced” cauliflower is diced to the size of long-grain rice and used as an alternative to–you guessed it–rice.  I’m sure you’ve also noted the absolute explosion of recipes and ready-made cauliflower-based pizza crusts.  I get that cauliflower is gluten-free, but the leap from grains to vegetables as a wheat flour replacement flouts nature.  However, all that sneaky swapping makes it very easy to knock this one off your list.